and so we come full circle…back to a place that i dreamt of before i ever visited, a city whose name alone inspires waves of warmth and nostalgia…Barcelona.

five years ago i called it home, that magical realm of Gaudi and Miro, that candyland of art and architecture, music, food, football and people…the wonderful Catalan people.  five years ago, i wandered it’s streets and breathed in its inspiration. in a little flat on a little street far from the throngs of tourists that pack las Ramblas, i lived days rich in laughter and friendship and joy.  this is what i wrote about my Barcelona home:

the buildings, like the people, prefer the close company of others. they stand in long lines, pressed together for blocks and practically lean across the narrow roads (as if to politely debate some point with the line of buildings across from them.) fronts of apartment buildings and single family homes mingle with shopfronts….farmacia, locutorio, peliculas… from the windows of 2nd and 3rd floor flats, sounds floats down. an argument: a woman’s voice running loud and fast at someone unseen, opera: an italian tenor adding a soundtrack to this street named for a spanish tenor. on the thin sidewalks, men and women of all ages navigate past each other, past parked cars and motorbikes. some are smoking, some laughing, some walking slowly with the aid of a friend or grandchild’s arm. many are carrying long, blond batons of bread under their arms… benign, delicious swords.

this is my neighborhood, and every day it delivers some new sensual delight. Catalan is everywhere….on the lips of the capped men entering the bakery, “¡Bon Dia!” and on the blue and white Xmas lights that hang across the street and wish everyone “Bones Festes”  (Christmas 2008)

oh, how i loved it there.  and then another love arrived in the form of Froggy.  in a tiny green car she came to me, exhausted but smiling after eleven hours of driving and two countries crossed.  those days are all a blur now, so many happy hours spent in that little flat on that little Catalan street with my sweet Parisian girl.  even then, giddy with the delicious newness of it all, we began to dream about our future family.

i don’t think either of us could have imagined that we’d be returning to Barcelona on our quest to have that family, but here we are, just a few weeks from a 90 minute flight into BCN. half a month until we are back to where we started.

if you happen to speak French (or be a google-translate adept), you might have read on Froggy’s blog that we made our last trip to Belgium about three weeks ago.  we had one remaining straw of sperm from little sun’s donor, and even though my hormone levels had suggested a even lower than usual chance of success, we chose to go ahead with one last insemination.  we had already cancelled two cycles, and after my miscarriage last year, we were feeling desperate to move forward.  as we predicted, the cycle was a bust.  originally, we’d discussed IVF as our next move, but we had a lot of concerns about taking that step.  we weren’t sure how we could come up with the money, and i worried about trying to take unexplained time off work on at least three separate days.  since all reproductive assistance is illegal here, no doctor is willing to risk writing a sick day for lesbian patients who need to travel abroad.  in addition to the three trips to Belgium, there was the problem of finding a gynecologist who would agree to work with us…to do the monitoring that is necessary on a heavily stimulated cycle.  our doctor had already said that she couldn’t do it, and after previously spending six months looking for a gynecologist who would agree to work with lesbians, we knew this wouldn’t be an easy task.  there was also the issue of the medication….nearly three solid years of being on heavy hormones (including my pregnancy with little sun) has been hard on me both physically and emotionally, and in the wake of little sun’s death, i seem even more affected by them than usual.  and if all that weren’t enough, there was no guarantee that i would even have viable embryos from that first round of IVF.  all those worries kept building up, and i began to feel paralyzed.  how would we ever find a way to have a living child?

and then by chance, i stumbled onto a site that talked about embryo donation in Spain.  i read how couples would donate leftover embryos from their own IVF cycles (sometimes done with donor eggs and/or donor sperm), and patients who had problems with egg quality (as i think i might) could receive these embryos.  the cost for one FET cycle with donor embryos is much less than IVF in Belgium, and the success rates are astounding…even in women well over 40.  instead of needing a milk crate full of medications, i’d just need to take estrogen to build my endometrium and progesterone to make it receptive to the embryos.  Froggy and i both agreed that this was the next step, so we contacted a clinic to get more information.  in their email they proposed another treatment, shared egg donation.  it’s the same as embryo donation in that we would get two blastocysts, but in the egg donation program, we would be using the eggs of a young female donor and sperm from their sperm bank.  the donors are almost certainly Catalan and/or Spanish, and as Froggy said on her blog, that’s not something that displeases us.  we would do a fresh cycle instead of a frozen one, and our embryos would be unique to us instead of part of a batch created from an infertile couple. the shared donor program costs a bit more than embryo donation, but it feels worth it.  knowing that our next children could come from the generosity and altruism of two young people in Barcelona fills me with such warmth and awe.

and so in a little over a week, Froggy and i will be flying back into BCN for our first appointment.  i am nervous and excited and more than a little scared.  letting go of my dream of having another biological child has been a bumpy process.  it feels like a different , less vicious kind of grief, but it is grief nonetheless.  mostly it is knowing that i will never see something of little sun in one of his siblings. but i also ask myself again and again if it will make a difference in how much i love my future child(ren).  i owe it to them to be sure.  then i think of Froggy and of how much she loves little sun…how she is as lost without him as i am.  no parent could love a child more than she loves our little boy.  and i look around me at the people who mean the most to me, the ones who have stayed and battled the storms, and i realized that few of them share biological ties with me.  DNA holds no sway over the heart, i know this is true.

as with so many things in life, Saint-Exupéry’s the Little Prince has the answers:

“Go and look again at the roses. You will understand now that yours is unique in all the world. Then come back to say goodbye to me, and I will make you a present of a secret.”

The little prince went away, to look again at the roses.

“You are not at all like my rose,” he said. “As yet you are nothing. No one has tamed you, and you have tamed no one. You are like my fox when I first knew him. He was only a fox like a hundred thousand other foxes. But I have made him my friend, and now he is unique in all the world.”

And the roses were very much embarassed.

And he went back to meet the fox.

“Goodbye,” said the fox. “And now here is my secret, a very simple secret: It is only with the heart that one can see rightly; what is essential is invisible to the eye.”

“What is essential is invisible to the eye,” the little prince repeated, so that he would be sure to remember.

“It is the time you have wasted for your rose that makes your rose so important.”

“It is the time I have wasted for my rose–” said the little prince, so that he would be sure to remember.

“Men have forgotten this truth,” said the fox. “But you must not forget it. You become responsible, forever, for what you have tamed. You are responsible for your rose…”

“I am responsible for my rose,” the little prince repeated, so that he would be sure to remember. (The Little Prince, Chapter 21, Antoine de Saint-Exupéry) 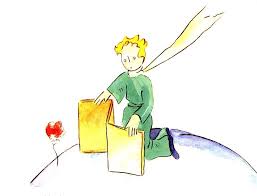 the last time we flew into the airport in Barcelona, i was six months pregnant with little sun.  as our plane descended, the city came into view, and one particular landmark caught my eye…it was almost impossible to miss:

Sagrada Familia, the place Froggy and i had visited on our second day together.  when i looked through the small, oval airplane window and saw Gaudi’s basilica standing tall in the center of that city i still dream of, that place i still miss, i began to cry.  it felt as if i were coming home and bringing my little family with me.

now we are returning in search of our own “sagrada familia”. sometime soon we will be on a plane flying back from BCN, hopefully carrying another soon-to-be-baby back with us….finally bringing little sun’s brother or sister home.  i only wish he were with us on this journey.

20 thoughts on “back to Barcelona”